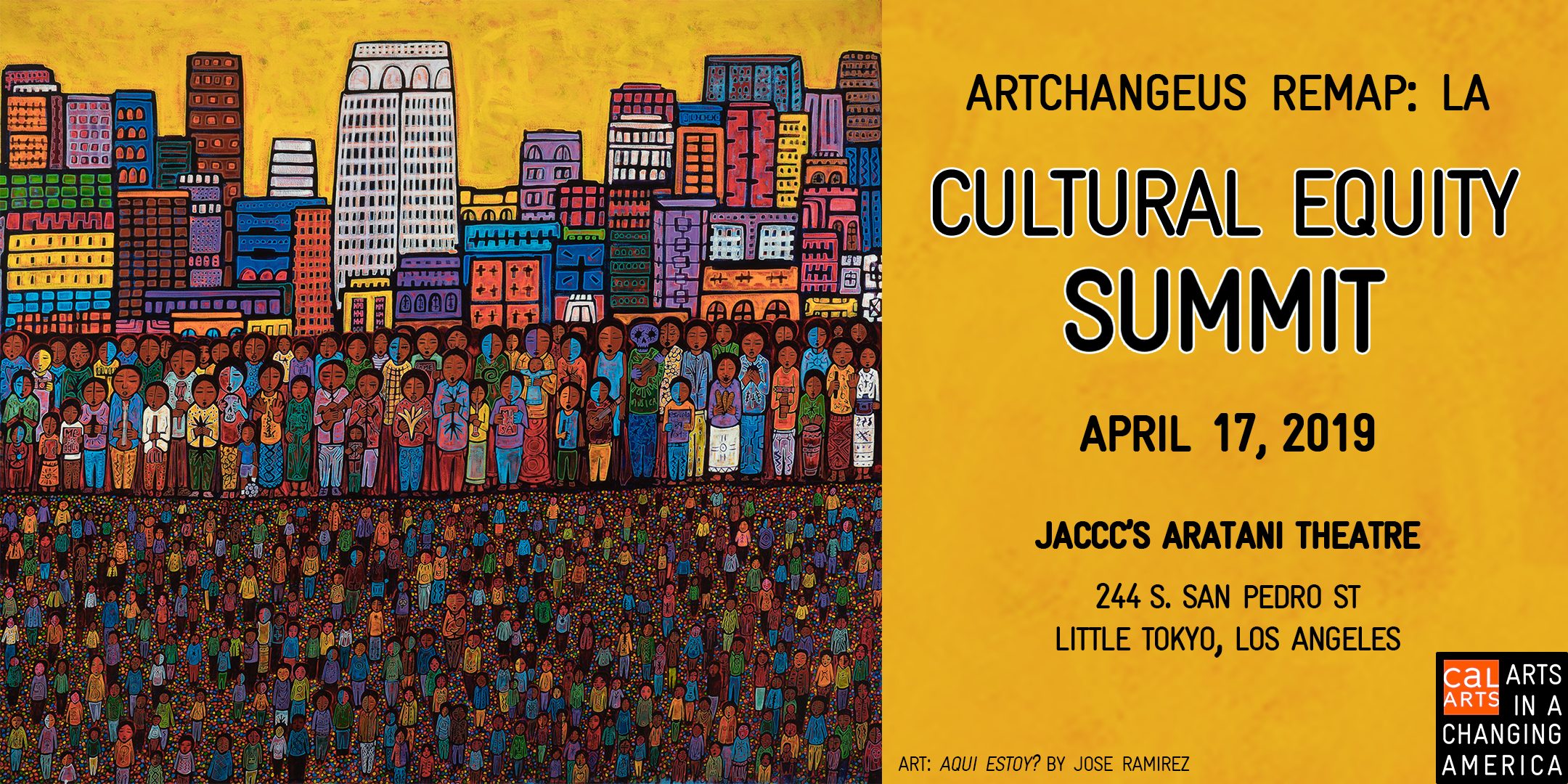 Watch a Live Stream archive of the event below!

How is America being culturally remapped by its people?
How is the arts sector in Los Angeles and around the US working towards an inclusive and equitable future?
What is the change that needs to happen?

The United States is being remapped by its people. By 2042, the population of US communities of color will eclipse the historic white majority. While the population has shifted on the ground, institutional leadership and funding across the arts and all sectors have not kept pace. Leading the nation, Los Angeles and New York City have implemented major studies of diversity, equity, and inclusion in their cultural communities. The Summit asks: What role do we each play in moving towards a shared future?